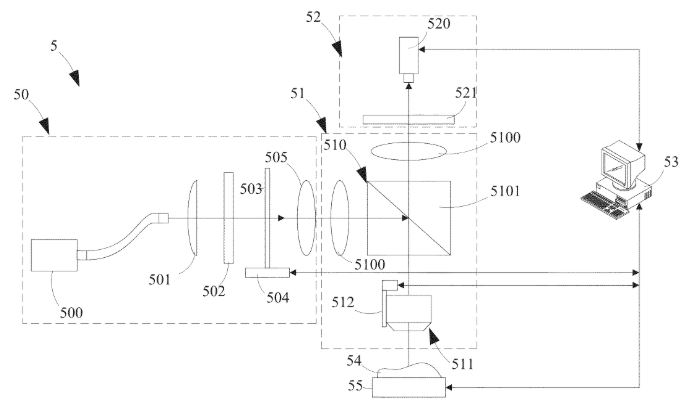 A method and system for three-dimensional polarization-based confocal microscopy are provided in the present disclosure for analyzing the surface profile of an object. In the present disclosure, a linear-polarizing structured light formed by an optical grating is projected on the object underlying profile measurement. By means of a set of polarizers and steps of shifting the structured light, a series of images with respect to the different image-acquired location associated with the object are obtained using confocal principle. Following this, a plurality of focus indexes respectively corresponding to a plurality of inspected pixels of each image are obtained for forming a focus curve with respect to the measuring depth and obtaining a peak value associated with each depth response curve. Finally, a depth location with respect to the peak value for each depth response curve is obtained for reconstructing the surface profile of the object.